This post has been sponsored by Social Native and Quaker Oats.  This post may contain affiliate links. Making a purchase through one of these links helps support this blog.

Start your busy morning with a creamy and delicious Chocolate Banana Oatmeal Smoothie made with protein filled oats, chocolaty goodness, and no added sugar! 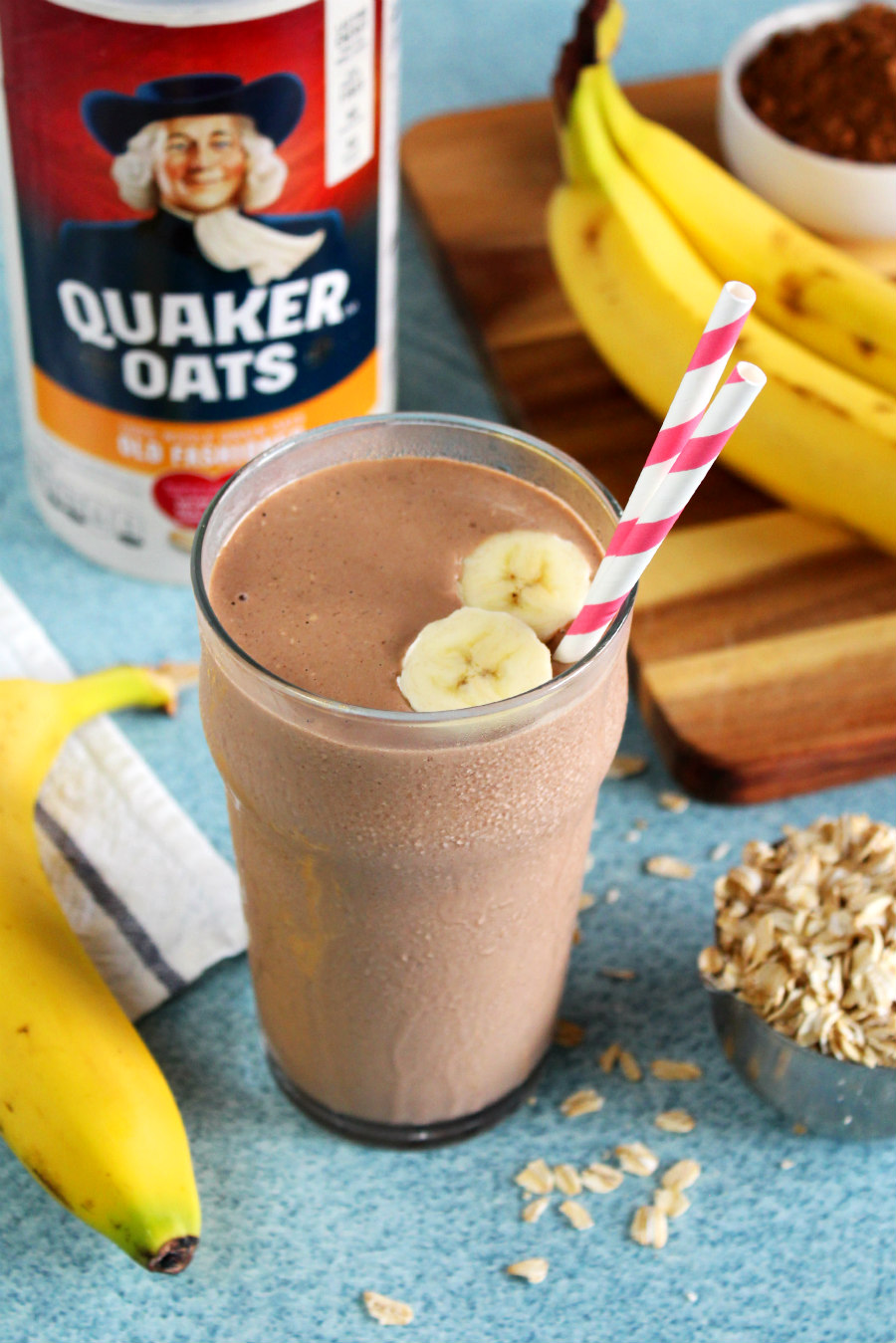 It’s the second week of September and, chances are, you’re back into the swing of things.  The kids are back to school, you’re back to your daily routine, and the laid back days of summer have become somewhat hectic again.  And while you’re rushing out the door in the morning to get to school, work, or the gym, you might be grabbing a quick breakfast on-the-go to keep you satisfied and fueled to tackle your day.

One of my favorite quick breakfasts to make during busy mornings is a smoothie.  Toss a few ingredients in a blender, pour it in a glass, and go!  It wasn’t until recently, though, that I discovered how much I love making smoothies with oatmeal in them!  It’s just the added boost my smoothies need to get my fill of protein and nutrition.

When I used to work full-time in an Accounts Receivable office, I used to stop at Starbucks on my way to work and get a chocolate smoothie.  Their chocolate smoothies are made with banana, mocha sauce, and protein powder.  It’s one of my favorite smoothie flavor combos! But at $4.25 a smoothie, it can become a pricey little morning habit.  Making your own, however, is a lot easier on your wallet!

So I decided to try to make my own version of the Starbucks chocolate smoothie.  Instead of mocha sauce, I’m using unsweetened cocoa powder.  And instead of protein powder, there’s almond butter, almond-cashew milk, plus a serving of Quaker Old Fashioned Oats in it. 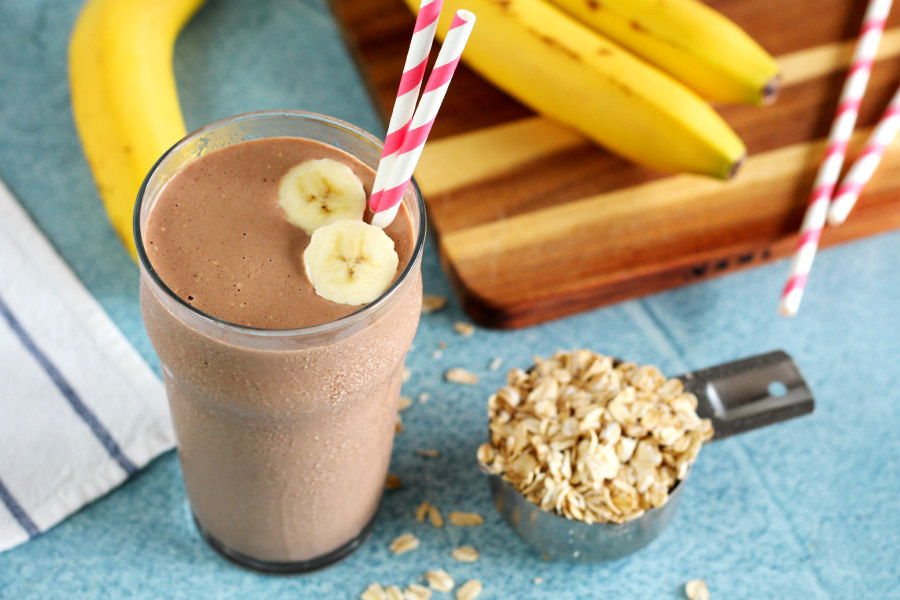 If you make this the night before and let it sit in the fridge, it sets almost like a pudding! So you can enjoy it with a spoon like guilt-free chocolate pudding!

Are you wondering how this smoothie tastes compared to the Starbucks chocolate smoothie? From what I can remember (it’s been a while since I’ve had a smoothie from Starbucks), it’s pretty damn close!

I might even be so bold to say that it’s actually better because there’s no added sugar, it’s thicker and creamier, and there’s a whole lot of protein in it! It’s just the chocolaty boost you need to get your morning going!

If you whip up this Chocolate Banana Oatmeal Smoothie, be sure to share it on social media using the hashtag #livinglavidaeats. Don’t forget to tag me @lavidaholoka!

Happy March! It's a new month, a new week, and we

#AD Is there anything better than a freshly stocke

As a bigtime foodie, I never would have thought th

Happy Monday! It's a fresh new week with fresh ne

My sister bought me a terrarium for my birthday a

I wanted to get out in the sun. ☀️ He wanted t