2014 had its share of lows for me, but it also had its highs.  To sum it up, 2014 was like reliving my 20’s.  It was every bit as confusing, but this time I’m married and not as drunk and hungover. To be perfectly honest, 2014 may have been a year of complete selfishness.  I knew what I wanted and I was going to get it.  In one way or another, I did.

This was the year I officially put “designer” on my resume.  Working on DIY designs for Darby Smart fulfilled a portion of my career dreams.  I always wanted to be a designer in one industry or another.  I got paid to design this year and no matter how big or small the sales, that was amazing!

I’ve learned a lot as a writer and blogger.  It was all small talk at first, but now I’m fully committed to having a dot com.  I’ve realized that in this large community of bloggers, I need to bring it. And in a way, I feel like I’ve taken that step by creating my own website.  I may not have thousands of followers or get a shitload of comments on every post I publish, but I’ve taken a positive step forward for myself as a professional blogger.

I have made some wonderful connections this year.  I joined some wonderful networks and contributed to some equally wonderful blogs.  I even became a recurring contributor on Hello Nature, which I’ve really been enjoying and thank Ashley for letting me be a part of her space.

I learned some valuable lessons as a wife.  I learned that a good man is worth the fights, the anger and the tears when the outcome is a complete, earnest feeling of love and having that love returned to you.  And I’m ultimately thankful to have someone who is backing me up and allowing me to chase my dreams.  I’m going to try my damnedest not to let either one of us down (or stress both of us out in the meantime).

So what do I look forward to in 2015?  In a word, STRENGTH.  The strength to push forward through negativity and life’s road blocks.  The strength to continue believing in myself when work can be so hard and dreams just seem so far away.  The strength to further pursue full-time blogging as I’ve left part-time work behind.  And especially the strength to remember the positive instead of the negative when asphyxiation seems like a good way out of the occasional marital disagreement.  Love, not a chokehold, conquers all.

2014 has made me realize that even though it’s said your 20’s are all about self-discovery, you are never fully finished discovering yourself.  And you shouldn’t be no matter how settled you are in life.  So cheers to a happy and healthy 2015 and a whole new year of discovery! 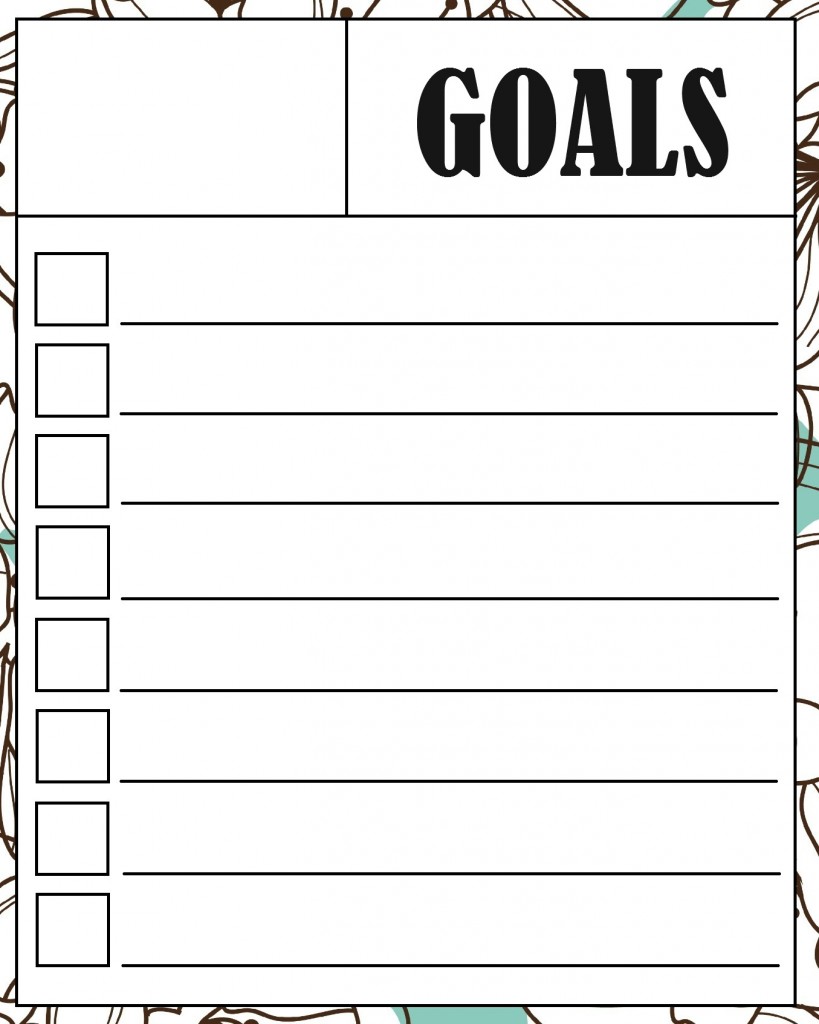 To help you reach your goals for the New Year, I created an 8×10 printable.  I printed mine out and placed it in a picture frame to write on it with erasable marker.  I kept the left box blank so you could use this sheet for daily, weekly, monthly or yearly goals.  There are eight blank spaces for your goals as well as boxes to check off when you’ve achieved each one!  Let’s get to work!

What are some of your goals for the New Year?

#ad If you've been following me for a while, then