Can’t choose between cream cheese or cheddar cheese jalapeno poppers? Have both! This Jalapeno Popper Monkey Bread combines the best of both in a fun, pull-apart style bread! 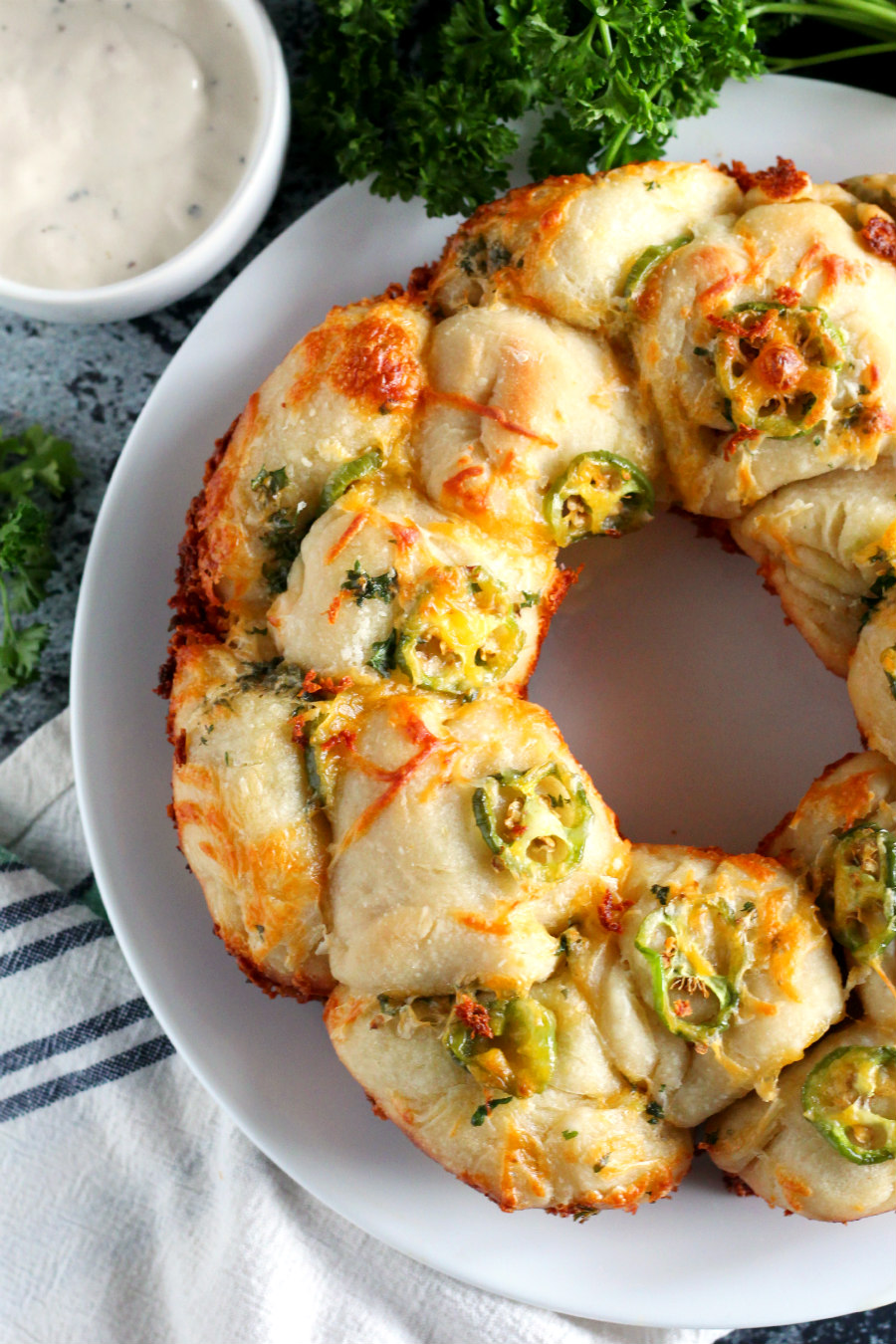 My husband and I have appetizer nights every now and then.  I’ll go to the store and load up on frozen appetizers.  Then we’ll bake them up and leave them out on the table to grab and eat all night long.  One of our favorite appetizers to include is jalapeño poppers.  My husband’s pretty particular about them.  He doesn’t like the cream cheese filled poppers.  He only likes the cheddar filled poppers.

A recent trip to Trader Joe’s left me with quite an abundance of jalapeños.  I needed one – just one – for a recipe and ended up with a whole bag of them because they were so cheap.  Thankfully, they last quite a while in the fridge, so I was able to add them to a bunch of recipes.  I had a few left to use up last weekend, so I got our Cinco de Mayo party started a little sooner! 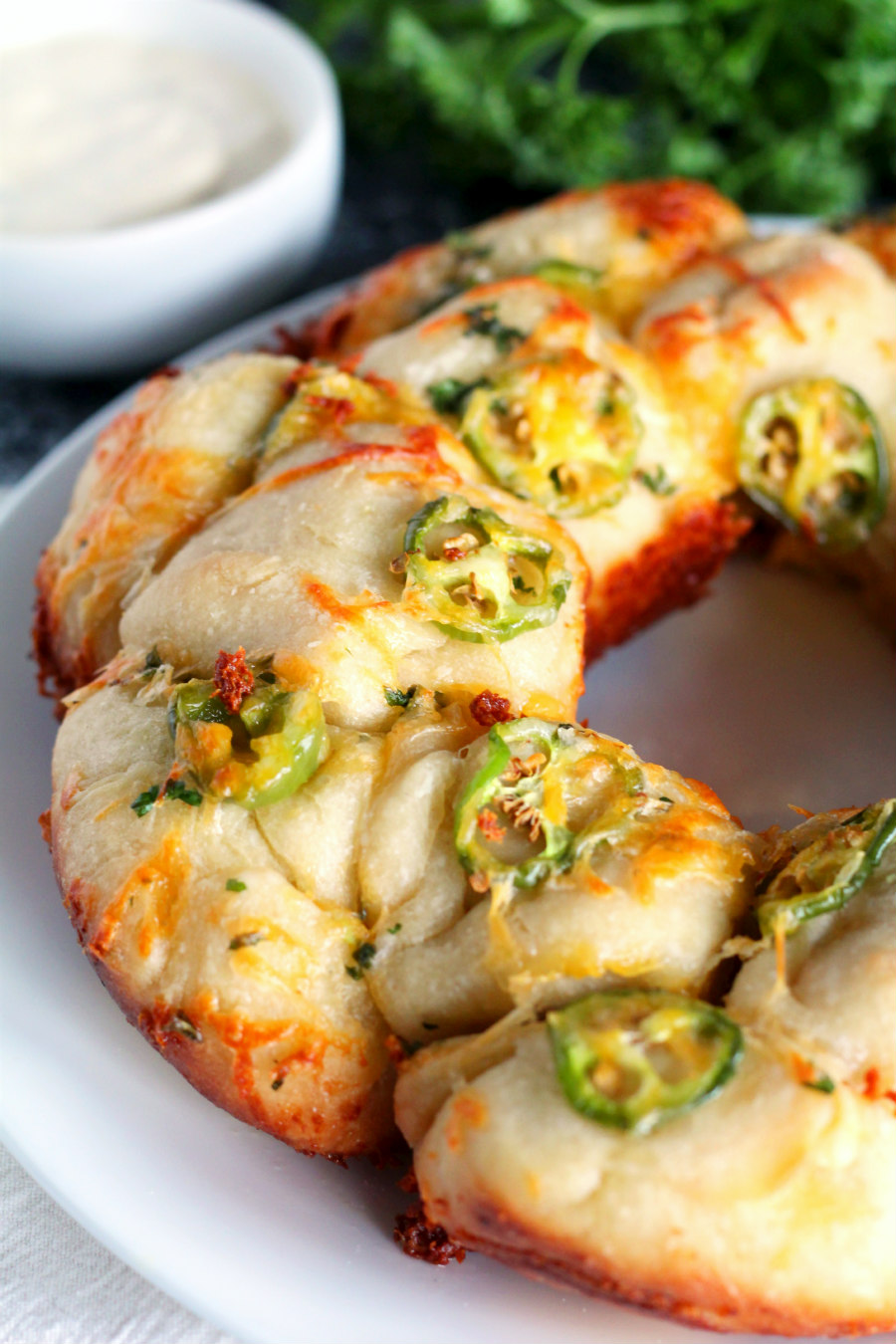 Even though my husband’s pretty particular about jalapeño poppers (oh my gosh – we’re such food snobs!), I thought I could manage to persuade him by making a jalapeño popper stuffed bread.  I was originally going to make it in the skillet like I did with my Rosemary Parmesan Skillet Garlic Bread.  Then, I realized that it would be damn delicious as a pull-apart style monkey bread!

I started with store bought pizza dough.  We always have it in our freezer for pizza night (every Friday night, baby!).  I cut it into sections and let it do its thing while I mixed up a pretty awesome jalapeño popper inspired filling.

The best of both jalapeño popper worlds come together in a filling made with cream cheese, cheddar cheese, jalapeños, garlic powder, and a splash of Cholula for a boost of flavor and an extra kick.  Stuff the filling into little dough balls, throw it all in a bundt pan, and cover it in more cheddar and jalapeño slices.  What’s not to love about that?

Despite using three jalapeños in this recipe, plus a dash of hot sauce, this really wasn’t too spicy.  Then again, you have two different types of cheeses going on that help tone down the heat.  It’s also really freaking good dipped into Ranch!  Unless you’re opposed to Ranch dressing, I highly recommend it as your choice of dipping sauce! 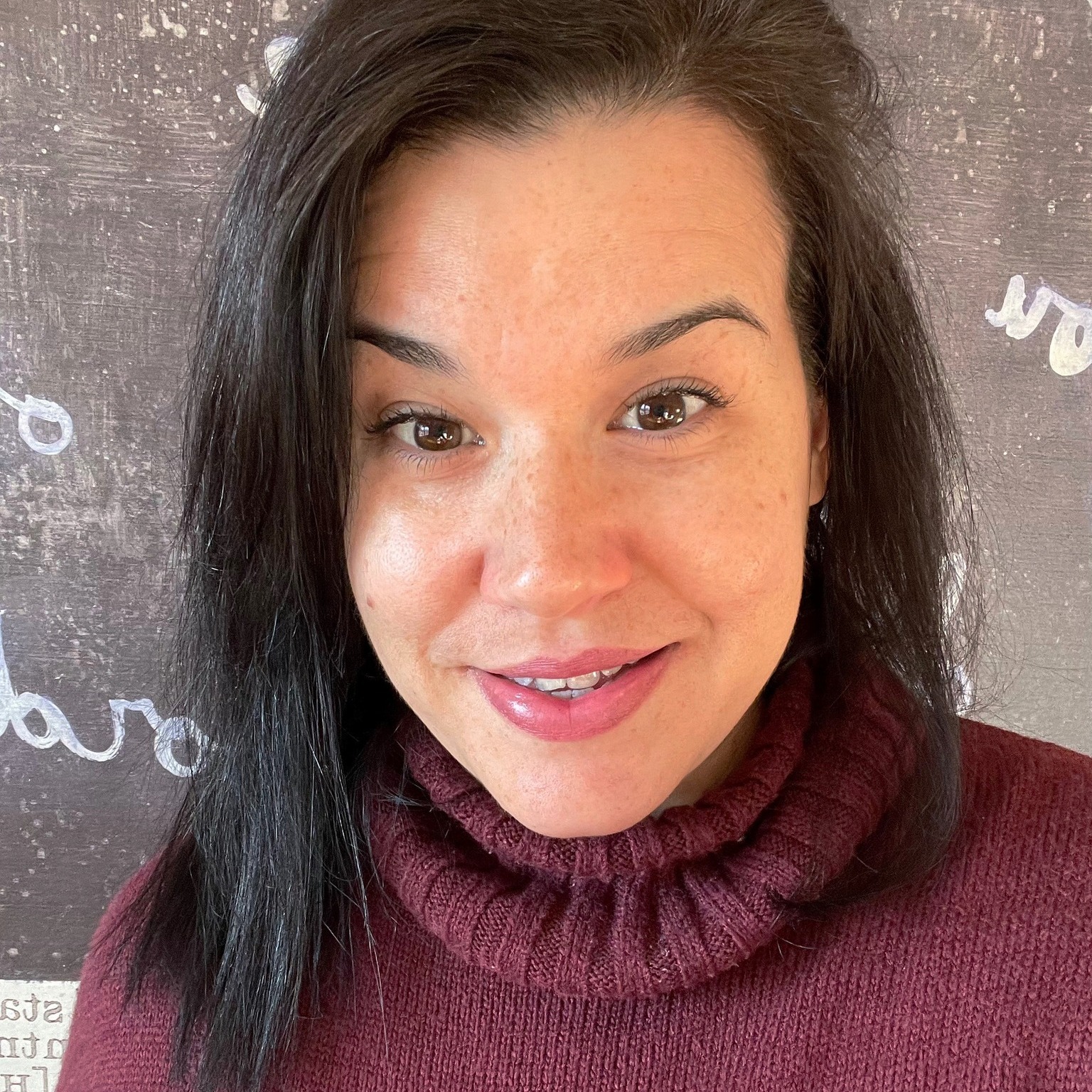