This post may contain affiliate links.  Making a purchase through one of these links helps to support this blog. 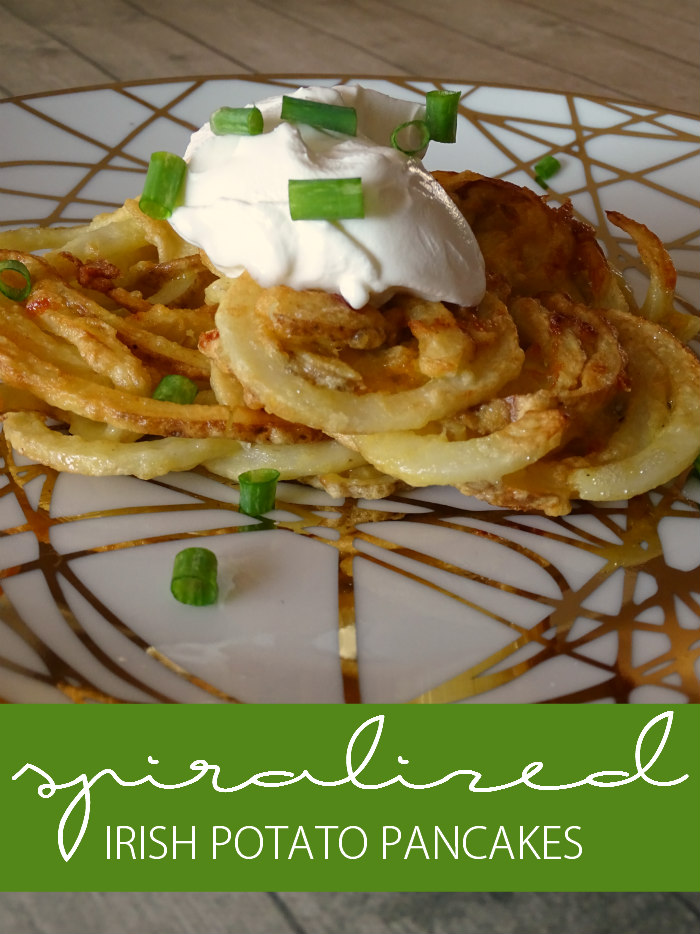 .  I used to have a small, handheld spiralizer, but it was garbage and lasted all of one zoodle dish.  I don’t know what took me so long to get a new one since I do love those zoodles!  Now I want to spiralize everything!

So for this week’s Maker’s Mix-Up IRISH theme, I knew I had to make some sort of potato dish.  Potatoes are the first thing that comes to mind when I think about Irish cooking.  I mean, what’s more Irish than a potato?  So I decided to put my own “spin” on Irish potato pancakes by making a spiralized version.

Traditional Irish potato pancakes (called Boxty) are a lot more like an actual pancake than this spiralized version.  While reading up on Boxty, I had to laugh at a few of the folk rhymes made up about them like this gem:

Well, that’s reassuring!  I have no proof about whether my sprialized potato pancakes will fetch you a man.  However, these potato pancakes are nice and soft on the inside with a lot of crunch on the outside.  Think of these like curly fries turned into a patty.  So if you have a man who loves his fries, chances are you’ll get lucky with this dish! 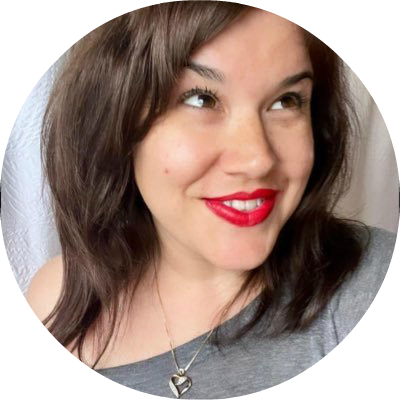