Spice up your Thanksgiving feast with this Spicy Chorizo Cornbread Stuffing recipe made with cornbread, crumbled chorizo, celery, onion, and seasonings!

What’s your favorite Thanksgiving side dish?  I freaking love stuffing!  It could be homemade, in muffin form, or even be good ol’ Stovetop.  That and whole berry cranberry sauce with a scoop of sweet potato casserole and some cornbread pudding could be Thanksgiving dinner and I’d be happy!  I know turkey is the star of Thanksgiving dinner, but I am all about those sides!

I’ve never made stuffing before.  You know, other than Stovetop.   But for the past couple years I’ve been wanting to try making a spicy cornbread stuffing.  I love spicy food and this is an easy way to incorporate it into Thanksgiving dinner.

Since nobody’s got time to make cornbread from scratch on Thanksgiving Day, I made things easier for you by using a box of Jiffy cornbread mix.  Make it the night before and keep it uncovered overnight so it dries out a bit.  You want soft, not soggy stuffing and this step will help you get that perfect stuffing texture!

You’re going to cube or crumble up the cornbread in a big bowl.  Then, add a cup of chicken broth and gently stir it so it gets absorbed by the cornbread.  Now, you can mix in the rest of your ingredients.

Stir in an egg, garlic powder, fresh thyme, chorizo, onion, and celery.  Then, spoon it into a small, greased casserole dish.  Bake in the oven until it’s nice and golden brown with crispy bits on top.  Serve it immediately with the rest of your Thanksgiving dinner! 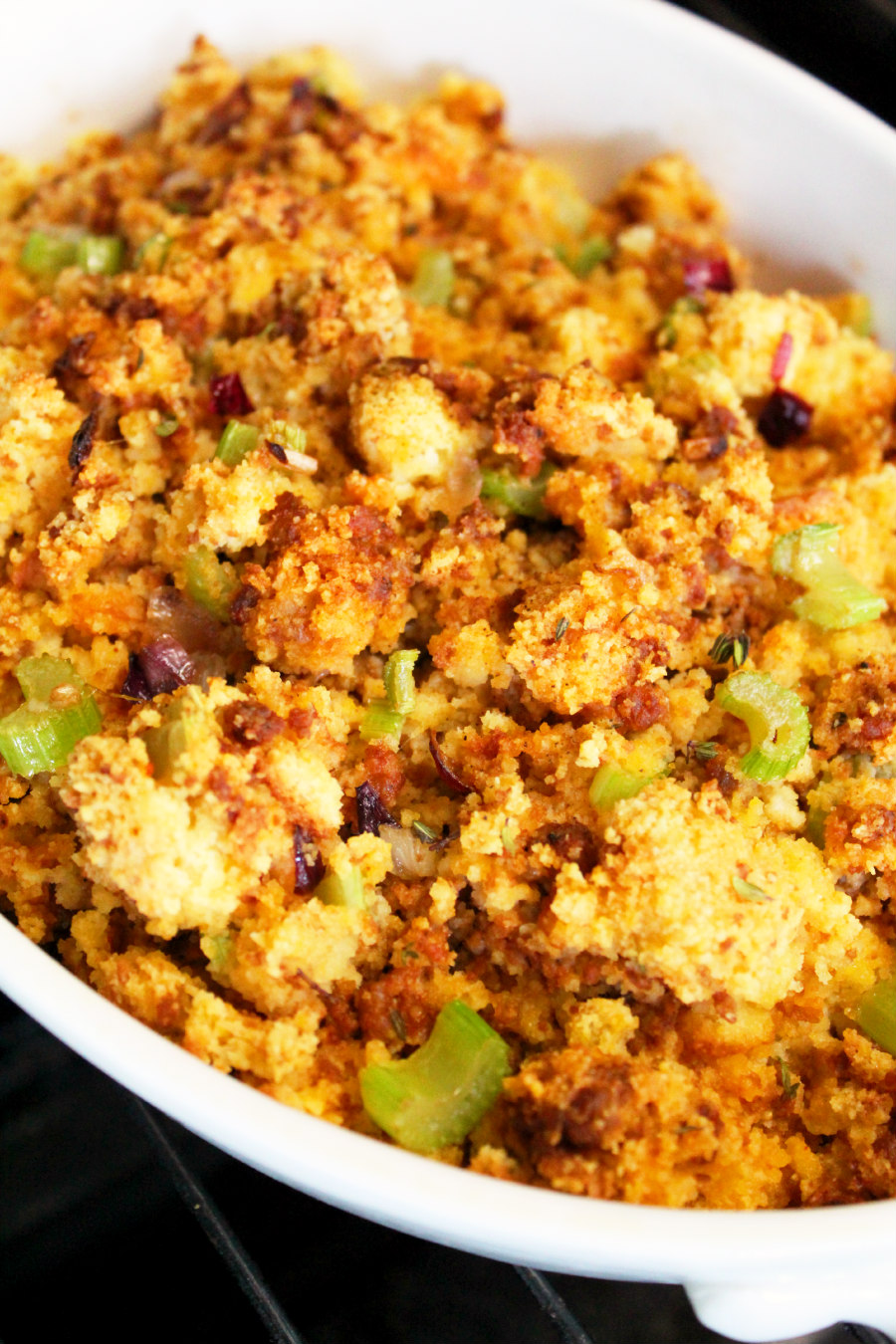 This recipe makes a small batch of stuffing that’ll feed about four people.  So if you’re feeding a crowd larger than that, you might want to double it.  The chorizo does have a little kick to it, but it’s balanced out nicely by the sweet cornbread.  If spice is an issue for you, you can always use crumbled sausage in this recipe instead.

Did you make this Spicy Chorizo Cornbread Stuffing recipe? Share it on social media using the hashtag #livinglavidaeats. Don’t forget to tag me @lavidaholoka!

Holiday gatherings might be a lot smaller this yea

Since my husband was home yesterday and we decorat

2020: the year we decorated for Christmas a week e

Thanksgiving is a week away! 🦃 Of course, being

Are the family dogs on your holiday shopping list?

Have you ever gotten a craving for something and t

I have made my Italian pasta salad recipe for almo